Governing as New Labour: Policy and Politics Under Blair


That growth took place alongside the introduction of a national minimum wage. Large-scale investment was made in public services and significant reform was achieved in the areas of health and education. Wage and income inequality was contained, though not significantly reduced. The position of the poor, however, improved substantially. Targets to reduce child poverty were not met, but before the recession , children were raised out of relative poverty; measured against an absolute standard, the number is about twice that figure.


The New Deal, Sure Start and tax credit policies have all had their difficulties, but have mostly proved their worth. Even the much-derided PFI has worked, at least when measured against public procurement. Devolution of power to Scotland and Wales has largely been successful, and what looks like a lasting peace has been achieved in Northern Ireland. Crime rates have come down substantially in the UK as a whole, and Britain has made a more fruitful adaptation to increasing cultural diversity than most other European countries.

From a party so often seen as illiberal and authoritarian, there were substantial achievements in the opposite direction. Britain is a more liberal and tolerant society than it was, and Labour's policies played a part in this change. In foreign policy, overseas aid was increased well beyond anything preceding Tory governments had managed.

The military interventions in Bosnia, Kosovo - where Blair played a crucial role in persuading the Americans to contemplate deploying ground forces - and Sierra Leone were widely regarded as successes. If only he had stopped there! Other far-reaching mistakes were made. The experiment with spin and media management during Labour's early years in power backfired and helped to create the impression that New Labour was about presentation rather than policy.

Blair did not succeed in integrating Britain more closely into the EU, and some of his closest relationships with other European leaders - notably with the Italian premier, Silvio Berlusconi - were puzzling. It was right to argue that Labour should become more business-friendly, and it was also right to recognise the importance of the City to the British economy.

But it was a fundamental error to allow the prawn cocktail offensive to evolve into fawning dependence, with the result that the UK was transformed into a kind of gigantic tax haven. The idea that Labour should be "intensely relaxed about people getting filthy rich" not only exacerbated inequalities, but also helped to create a culture of irresponsibility.

Bosses protected themselves from the risks they asked their employees to bear. I don't accept the simplistic idea that New Labour was just a continuation of Thatcherism. Labour's policies involved extensive government intervention in economic life, although mainly on the supply side. And there was a genuine preoccupation with increasing social justice - a notion alien to Margaret Thatcher, Keith Joseph and their guru Milton Friedman.

Yet Blair and Brown should have made it much clearer than they did that recognising the virtues of markets is quite different from prostrating oneself before them. Market fundamentalism should have been more explicitly criticised and its limitations exposed. As for proportional representation and wider constitutional reform - surely Labour should have endorsed these as a matter of principle, not as a result of political expediency?

The other parties have had to respond to the agenda that New Labour set. The Tories now endorse gay rights, accept the necessity of reducing poverty, support the Climate Change and Energy Acts that Labour introduced, and will continue most of the labour-market reforms that were made. In propagating the idea of the "big society", the Conservatives are drawing upon the same communitarian traditions that Tony Blair also endorsed.

Naturally, they may retreat from these emphases, but at the moment they look genuine.

The global financial crisis, foreseen by very few, seems to have put an end to the world that helped to shape New Labour. Suddenly, everything has gone into juddering reverse: Keynesianism and government economic intervention are back. A tax on world financial transactions, previously dismissed as unrealistic, is now on the cards. It is, after all, possible to elevate the tax rates of the rich. Meanwhile, there is talk among all the main parties of a return to an active industrial policy and of a renaissance of manufacturing.

Climate change and other environmental risks, which Labour did little to confront until late on, are now at the heart of mainstream political concerns. Planning, for years in the shadows, is once more on the agenda, as are severe public spending cuts - the very opposite of the bold, expanding social investment on which New Labour policy was built. Fiscal prudence has ceded place to huge borrowing and very large accumulated debt.

Peter Wilby: No, he legitimised Thatcherism

New Labour as such is dead, and it is time to abandon the term. Yet some of the core social and economic trends to which it was a response still obtain, and significant portions of its policy framework remain relevant. In the future, Labour will still need to attract mainstream, affluent voters, against the background of a changing political culture in which the electronic media play a growing role.

While it makes eminent sense to aim to reduce the dominance of the financial sector in the economy and encourage a renaissance in manufacturing, the UK will continue to be a post-industrial economy, with service- and knowledge-based occupations dominant. Welfare reform will loom as large as ever, even more so when efficient spending will be a priority. The problem of sustaining progressive policies on immigration and multiculturalism without losing voter appeal will remain, as will that of how to reduce citizens' anxieties about crime.

Rod Rhodes "The Court Politics of the Blair Presidency*"

So, too, will that of finding an appropriate balance between civil liberties, on the one hand, and protecting the country against the threat posed by international terrorism on the other. Keynes is back in fashion, but there can be no return to Keynesian demand management as practised between and The challenge ahead of us is to preserve and enhance the flexibility and creativity that markets engender, while turning these qualities to long-term, socially desirable goals.

Fundamental rethinking is needed and a fresh set of policies has to be created. The key problem for Labour out of power will be to minimise the internal squabbling that afflicts so many parties, especially on the left, following an election defeat. Ideological reconstruction could have a decisive role here. The starting point should be to redefine the role of the public sphere. 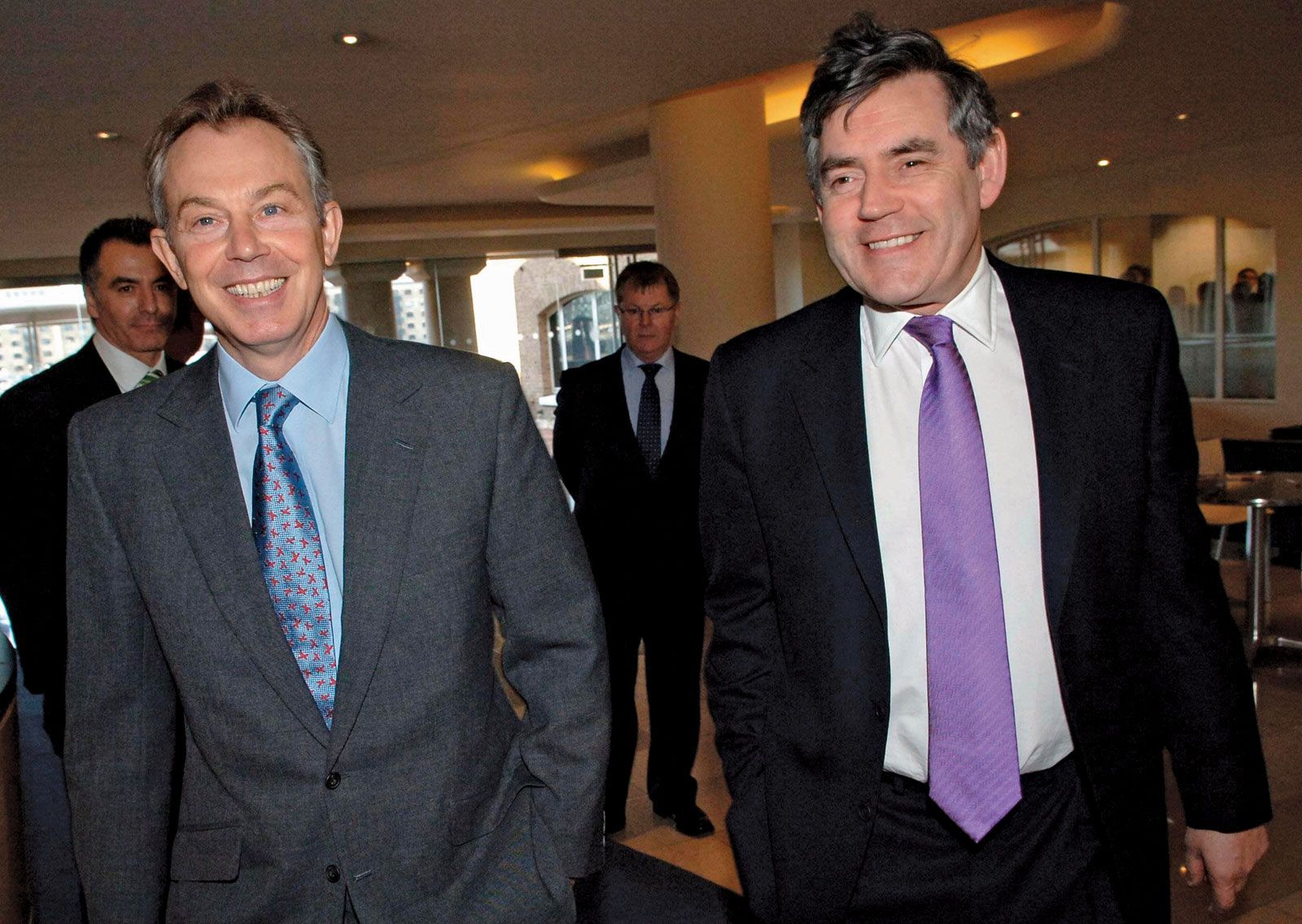 However, the public sphere is distinguishable both from markets and from the state, and can be used as a platform for reconstructing each. Labour can be seen to be groping towards such an insight with its attempts, in the wake of the financial crisis, to reintroduce the idea of mutualism to political debate. These rather primitive efforts should be developed further and applied to the task of constructing a form of responsible capitalism, coupled to a sophisticated approach to issues of sustainability.

Lessons of the 1931 National Government

You can form your own view. Subscribe now. Blair urges Labour to challenge Brexit. Shape Created with Sketch. Labour Conference — in pictures Show all Diane Abbott receives a standing ovation during Jeremy Corbyn's speech at the Labour Party conference. Labour Leader Jeremy Corbyn addresses supporters during a momentum rally on the first day of the Labour Party conference.